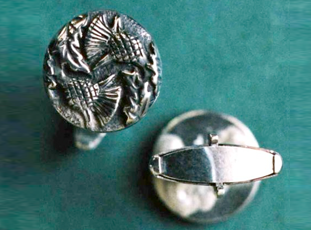 Today the Scotland that is cemented in our collective imagination as the “traditional” Scotland is very much a creation of the 19th century… a hazy combination of Victorian Romanticism and historical novels that seem to have sprung full formed from some rocky loch side castle in 1855. The romantic in all of us prefers to forget the harsh reality of the Scottish Industrial Revolution. Instead… “Scotland” generally conjures up visions of Queen Victoria. (And rightfully so –HRH’s near life-long love-affair with Scotland cemented a particular image of Scotland in the public imagination.)

However, while Queen Victoria’s long love affair with Scotland is one of the enduring tales of her reign it was, by the last decades of her life, a love affair that had little to do with the Scotland that most Scots knew.

Glasgow and Edinburgh in those days were gritty loud cities. But the harsh urban environment of Glasgow (in particular) gave birth to an artistic Renaissance.

The industrial boom helped create a new generation of Scots with a new vision of what Scottish art and design could be… and the industrial know-how and money necessary to make that vision a reality. The full flowering of Scotland’s industrial boom coincided with an international interest in a revived “Arts & Crafts” culture which celebrated function, form and materials over the over-wrought surface decoration that had dominated “design” back in the 1850s.

Scottish designers and craftspeople such as Charles Rennie Mackintosh, Herbert MacNair and the sisters Margaret and Frances MacDonald (known collectively as the “Four Macs”) became leaders of the new Scottish Art Nouveau movement. The industrial boom of Glasgow led to a building boom & by the late 1890s public and domestic architecture alike was touched by this new vision of Scottish Art. The old icons of Celtic knots, Wild Thistles, Dragons and nature inspired motifs endured and were transformed by artists who were more than willing to look to the past for inspiration but who had no desire to recreate a High Victorian fantasy.