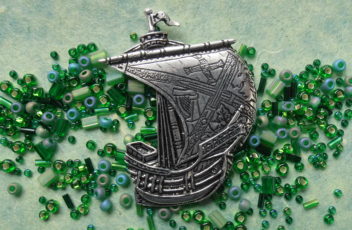 February 1st –The Feast Day of St. Brigid of Kildare

February First is traditionally celebrated as the Feast Day of St. Brigid –or Brigit– of Kildare.

Born to an enslaved mother and a pagan Irish chieftain sometime in the 5th century, Brigid was raised among Druids. Early in the Christian Missionary period she was Baptized & dedicated her life to charity & education eventually founding an art school as well as a convent in Kildare. Often depicted as the “lady with the lamp” –the lamp symbolizes Brigid’s role as a teacher and “bringer of light”– Brigid is celebrated as the protectoress of newborns from ignorance as well as harm.