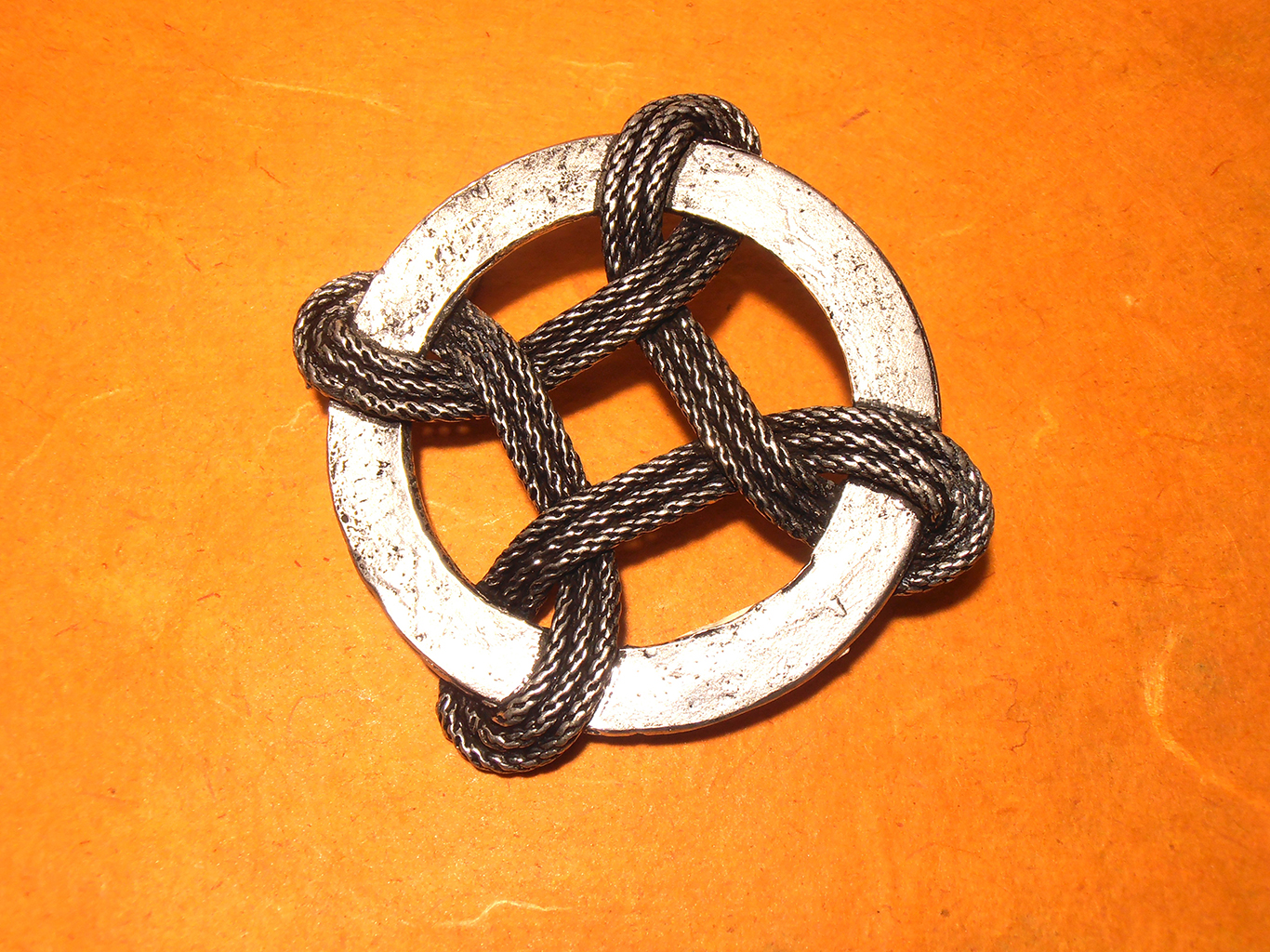 While the High Crosses of Ireland are Medieval in their pageantry –covered with Saints and symbols, incised with intricate knotwork– at heart the Celtic Cross is a simple design that almost certainly predates Christianity by a millennium or more. The original meaning of those early Celtic Crosses has been lost. Is it just a variation of the Lug –the music loving Celtic sun god– wheel symbol? Or is it older? An early solstice symbol built into the land itself when Neolithic tribes carted stones across the plains to build the standing circles that still awe us today? The inherent mystery of the circle is always the mystery of what lies in the center… An element of that mystery was retained thousands of years later when newly Christianized masons carved crosses on the ancient standing stones of their ancestors. The earliest crosses –some carved long before Patrick’s first mission– are often very plain, but have perfect geometric proportions. Proportions made all the more perfect by the realization that what is not depicted is as important as what is depicted. Is it the arms of the cross that truly transect the circle? Or is it the spaces in between that hide the meaning? Are the corner stones the anchor of the cross, or simply a frame for the sacred center?  That ancient combination of solid mass and sweeping space, meaning and mystery is reflected in the design of this brooch. The cross –or is it a wheel?– is massive, almost primitive. The corners are studded with four brightly colored cabochon cut gemstones, but the sacred center is unadorned –a window to another world.  Wreathed with the looping dot and curl patterns that decorate the gold rims of the great Calling Horns of ancient Ireland, this brooch has a tactile appeal. A beautiful piece of stylized Celtic art, this piece calls out from a time of legends and heroes to our own time.